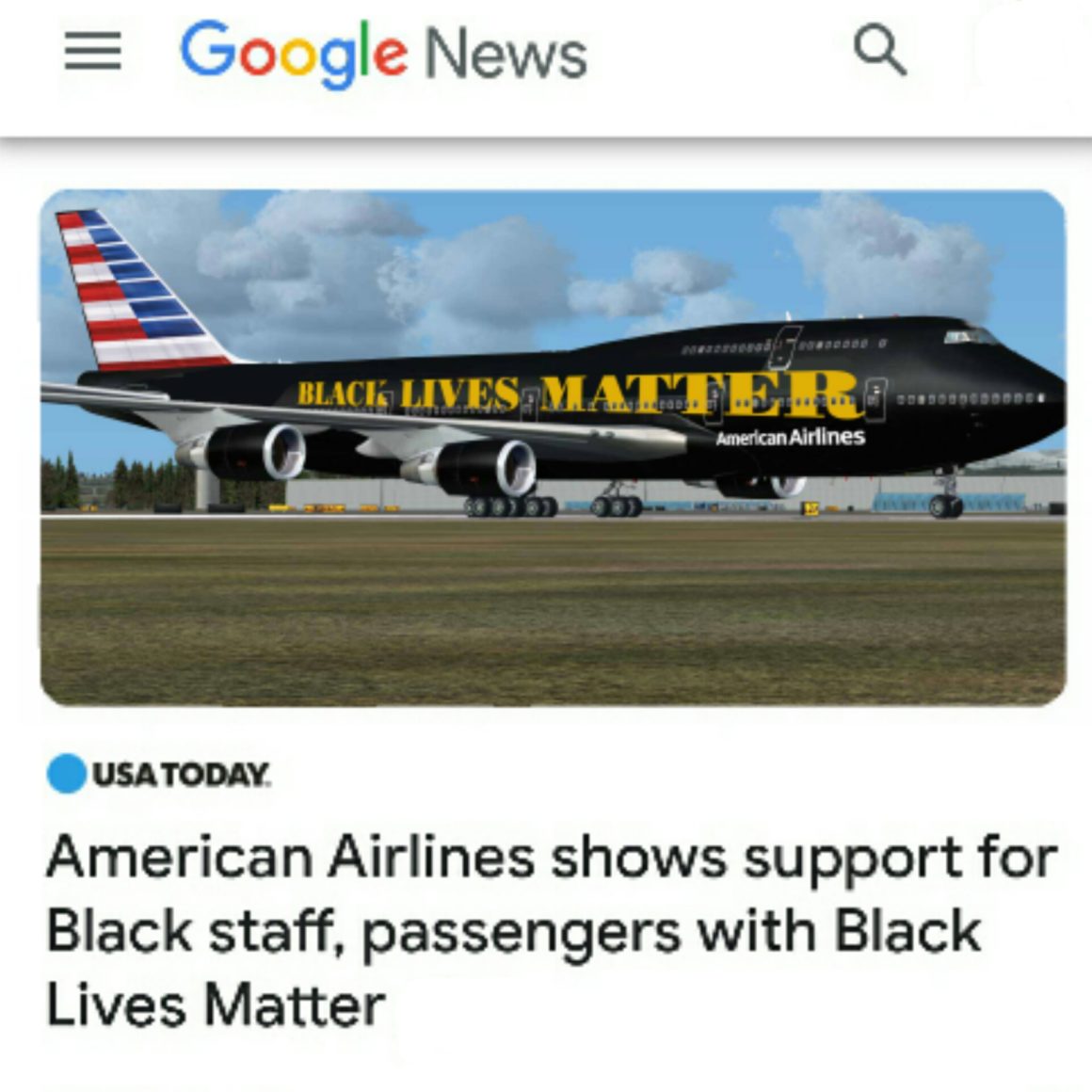 I was a little surprised when American Airlines announced its support for Black Lives Matter.

Not to trivialize it’s initial intention of calling attention to those harmed while running or evading police officers, or those who have been harmed by misidentification. But for essentially violating its own racial non-discriminations policies, which prohibit singling out a individuals by their racial or ethnic identity.

Additionally, since Black Lives Matter is a political group with non-profit status, a president and receiving political funding, its seems supporting a group now known for causing billions of dollars in damages to private businesses through vandalism, looting, economical disruption and violence, progressive political activism, etc. is probably not the best non-profit organization to feature as part of your business which is supposed to be diversified, non-partisan and cater in a non-bias community of customers.

Just my thoughts as someone who has operated a business free from all politics and social agendas, and treats all customers the same without making any feel less or more important, trivialized, or discriminated against, or less valuable. Your money is never used from my business to possibly contribute or support anything that you may be uncomfortable with. No politicians in my businesses pocket, never have been, never will be. My business respects your race, your gender, your religion, your politics, etc. My business model is similar to a now infamous line from the movie the Matrix. Zion Commander to Morpheus: “Not everyone believes what you believe.” Morpheus to Zion Commander: “My beliefs do not require them to”